A theremin soundtrack for a new interpretation of Loie Fuller’s butterfly dance on film.

Dancer at the Folies Bergère in the early twentieth century, Fullerwas a pioneer of multimedia performance. She projected coloured lights and images onto her volumous, silk dress. Sticks inside her sleeves extended her arms, creating an other-worldly augmented human performance.

Struck by the connections between my movements on theremin and those of Fuller, Louise asked me to extemporise a theremin soundtrack to be interwoven with the dance. 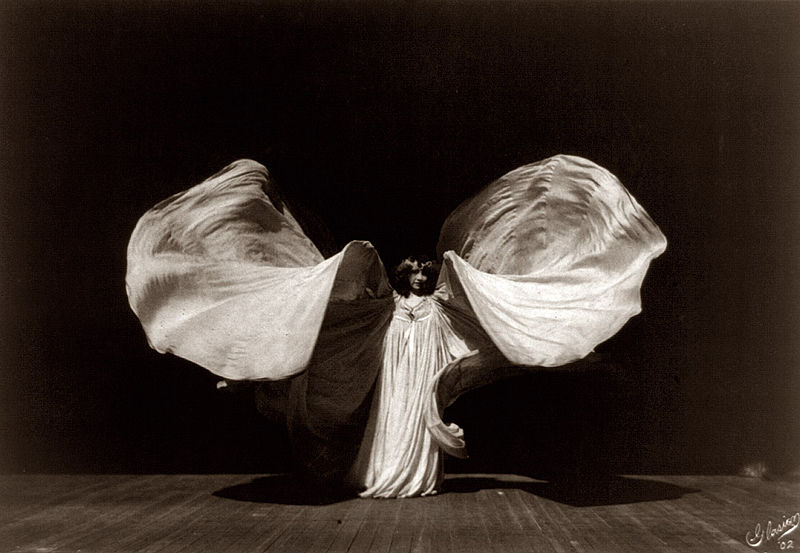