Reanimating a submarine with sound

Over the winter 2013-14, I swapped my studio for submarine HMS Alliance where I’ve been installing a new, generative (i.e. algorithmically controlled, ever-changing) 50-channel sound piece.

HMS Alliance is a thing of wonder: the UK’s last surviving WWII-era submarine. Work on Alliance started in 1945, she was ready to go to sea in 1947 and was in service for three decades. Alliance patrolled the oceans and conducted cloak and dagger missions during the Cold War (no-one will officially say where, exactly). She’s now open as a museum and a memorial to other Royal Navy submarines lost at sea, including her sister, The Affray, which sank in 1951 with the loss of 75 lives. 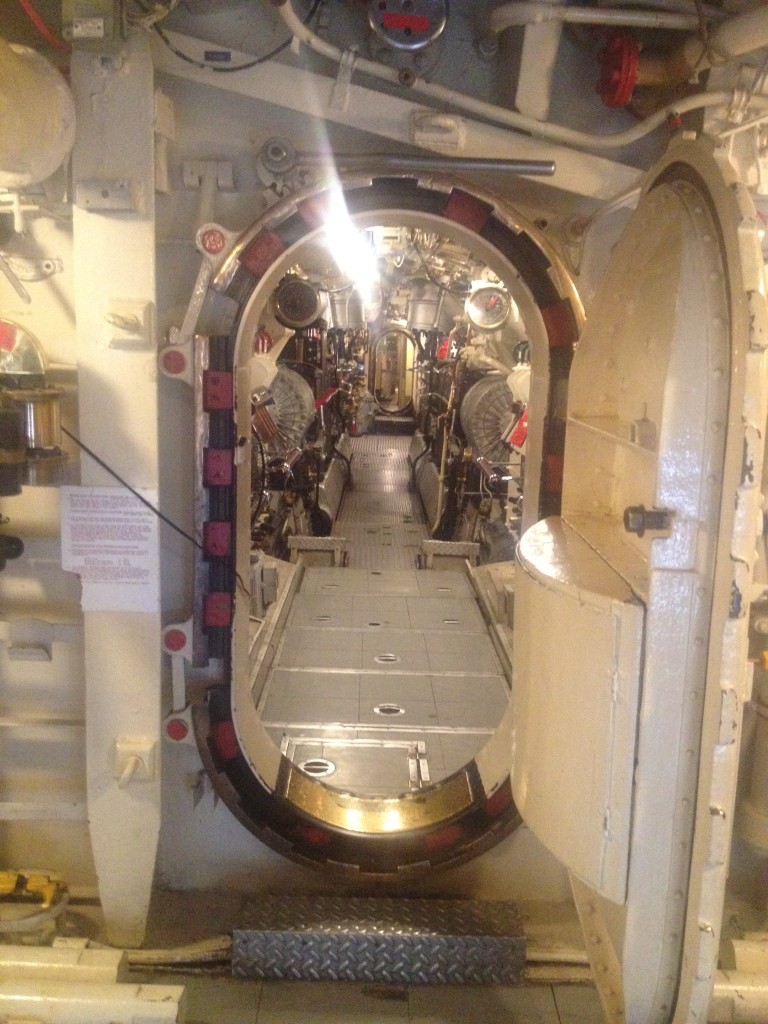 If you step inside Alliance, you’ll see she still has almost all her original fixtures and fittings – from the periscope and diesel engines to the ship’s telegraph, the Q-tank valves, the underwater telephone, the galley, the heads (toilets and sinks) and the bunks where the 65 men on board took turns to sleep. Very little of this equipment is operating any more (although much of it is still in working order) so I was called in to reanimate the submarine with a naturalistic soundtrack, evoking the submarine’s past. I worked very closely with veteran submariners to create the world on board. Submariners from the post-war era relied on sound – and silence – to survive so have a remarkable ability to recall and describe sonic details, right down to the pitch of a propellor. Over many weeks, through trial and error, we piece together a soundworld which faithfully reflected their memories. 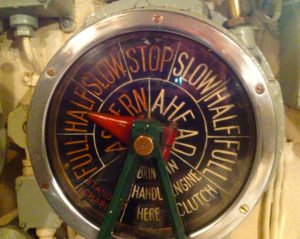 The veterans, retired Royal Navy submariners, also work as a very knowledgeable and helpful band of volunteer guides. This sound piece has been designed with two working modes: one where it provides a theatrical undescore for their guided tours; another where it fills the entire submarine with sound, when visitors wander the submarine alone.

There’s more about this project in Leila Johnston Hack Circus. Meanwhile, here’s a walkthrough the submarine on the eve of opening:

The lead designer on the project to reanimate HMS Alliance was Henry Lyndsay. Henry is a former Imperial War Museum designer who now works independently.