A composer working with ancient instruments, electronics and robotics. Performs live and creates music for film and theatre. 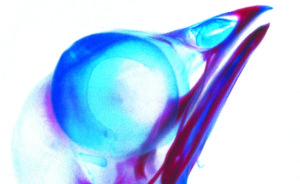 In collaboration with Art Assembly, I’ll be giving the first live performance of Ealing Feeder at Kings Place, London, on 20 April 2017. This album has been in the works for some time and is the first to distill my solo set into a recorded work.

As I’m keen to share this new music with you all, every ticket holder will receive a copy of the album on CD with their ticket. This will be available in the venue on the night.

London, a modern edifice on a mediaeval footprint, is the blueprint for Ealing Feeder, a steely, unsettled love letter to the city. Joined by percussionist Stephen Hiscock, I’ll be performing every track on the album live using theremin, robotic carillon, saw, recorder, percussion and electronics. The evening will include some tracks familiar to people who’ve seen my live act over the last few months and others that are entirely new. A Wren in the Cathedral, set in Limehouse, collides electron theory with birdsong and Hawksmoor’s architectural formalism. Cow Heart Pin, is inspired by a London butcher in the 1920s who impregnated a desiccated heart with nails to curse a rival. The Bows recalls a transfiguration myth on the River Neckinger; Sky Bullion explores the forces reshaping the city skyline today.

The launch night includes a guest spot from Ian Rawes (aka London Sound Survey) who will share archival treasures in London’s Lost Worlds of Sound. There will also be some of DJ Special K‘s favourite tracks, including London-themed rarities.