In 1980s Britain, when most people feared Armageddon, a small band of self-styled nuclear survivalists were preparing for it with relish, treating it just like an extended, underground caravanning holiday. They built private shelters and fitted them out as luxuriously as space, budgets and gamma rays would allow. In this one-hour version of the award winning show Horlicks and Armageddon, I’ll be digging into the archives to reveal the secret lives of Britain’s nuclear survivalists. I’ll also uncover what the government had in store for those of us who weren’t so well prepared. 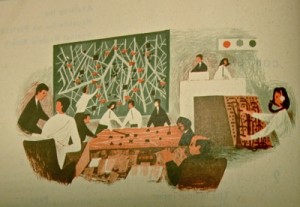