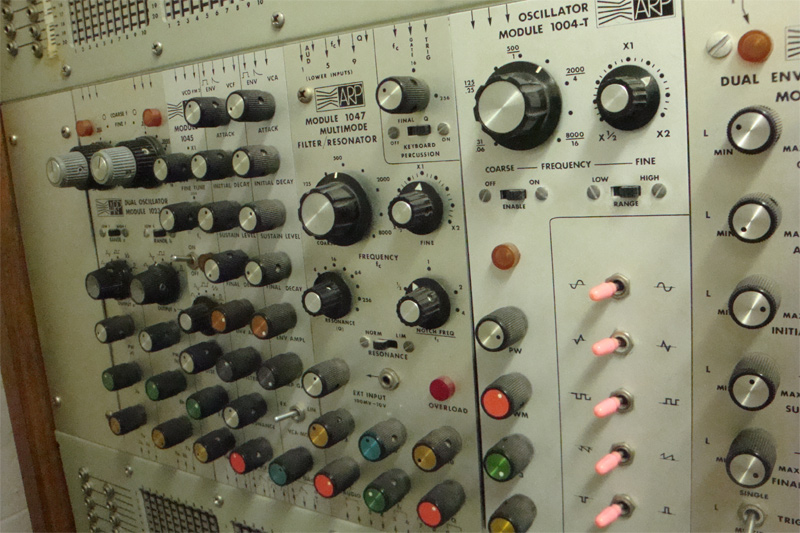 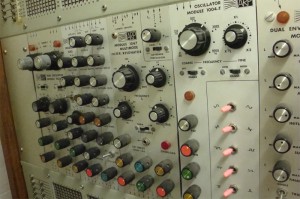 A trip to the electronic musical instrument collection of the Science Museum stores, during a research trip on electronic sound (March 2010). I was shown around the stores by curators Tim Boon and John Liffen.

On the trip, I had a close look at some of the early synths, samplers and other machines in the collection, including three Mellotrons, a Fairlight CMI, Wurlitzer Sideman and Arp 2500 modular synth. Here are some technical notes and snaps, taken rather hastily during my visit. I’ve also include some  YouTube for examples of these machines in action.

Sadly, I wasn’t able to plug any of these in. These are reference instruments, left in a dormant state so they’ll give musicians of the future a chance to see an Arp, Mellotron, Fairlight or Sideman in their original, unrepaired state.*

*Sadly, life isn’t that simple. If you switch off an electrical machine for too many years, it might never work again. Capacitors decay; tapes turn to dust. Arguably, there’s little point in preserving a ‘dead’ musical instrument if you care about the way it sounds, how it was played and how it influenced music culture. So the question of  whether to switch on or not has yet to be settled by historians and curators. I suppose it’s important that some instruments are conserved and only switched on very occasionally, while others are being worn out by the musicians who love them.