A selection of writing on music, technology and culture

Radcliffe, C and Angliss, S: “Revolution: Challenging the automaton: Repetitive labour and dance in the industrial workspace”. In Performance Research: A Journal of the Performing Arts Vol 17, Issue 6, 2012. 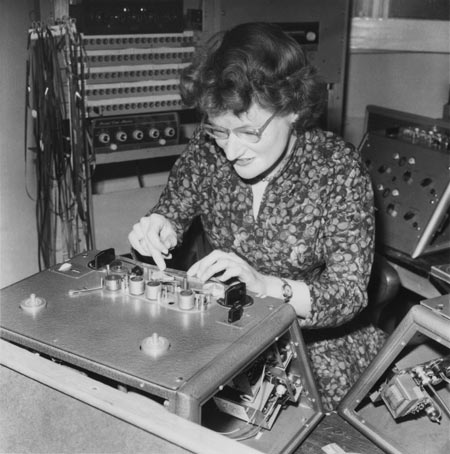 An introductory essay on Daphne Oram, her life and work. For the reprint of Oram’s An Individual Note – of Music, Sound and Electronics, published by Anomie Publishing and the Daphne Oram Trust (2016).

“Ventriloquism: Unheimlich manoeuvres”, The Wire Magazine (online essay), June 2014. Includes an interview with performance artist Dickie Beau and a selection of videos of ventriloquism acts from the  mid 20th century.

A chapter on the life of Muriel Howorth, founder of the UK Atomic Gardening Society, for The Odditorium: the tricksters, eccentrics, deviants and inventors whose obsessions changed the world. Edited by David Bramwell and Jo Keeling, Hodder & Stoughton 2016.

Angliss, S. “The Bird Fancyer’s Delight”. Explains how trained birds were used to bring music into the home before the invention of the phonograph. Appears in Dutch translation in Blockfluitist, Spring 2013.

Exhibition labels for national museums, including the Science Museum, Eden Project and Glasgow Science Centre, 1990-present. You can see some of my text etched into the wall in the Making the Modern World gallery, Science Museum, London. It’ll probably survive longer than this website.

South Shields meets the sublime: a report on the Foghorn Requiem

Some personal thoughts on the influence of Daphne Oram, co-founder of the Radiophonic Workshop – for Ada Lovelace Day 2011

Music machines in the Science Museum stores – some research photos and notes of the Arp 2500, Pyrophone, Fairlight CMI, Wurtlitzer Sideman and Mellotron (2010).